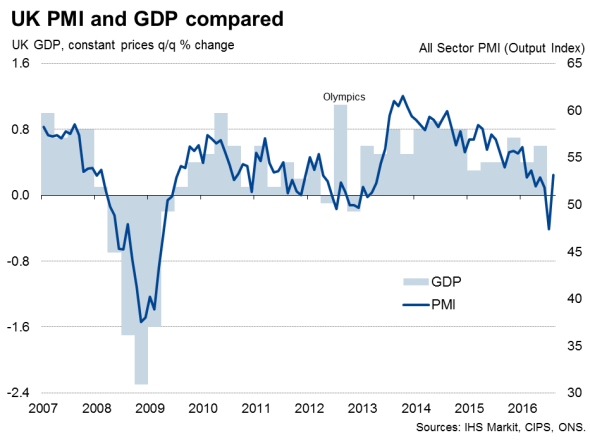 A record rise in the Markit/CIPS 'all sector' PMI pushed the index up to 53.2, its highest since March, more than reversing the record fall to 47.4 seen in July.

While July's decline had been largely attributed by companies to heightened political and economic uncertainty following the UK's June 23rd vote to leave the EU, August's increase reflected a marked improvement in sentiment.

Businesses across manufacturing, services and construction reported that business and consumer confidence had revived, with an immediate impact on demand.

A variety of factors, including the weaker pound, the establishment of the new government and the Bank of England's aggressive stimulus are likely to have all helped to reduce uncertainty compared to July. Many companies were seeing business return to normal either simply as a result of customer confidence rising or a stoic determination to "Buck Brexit" and carry on regardless. 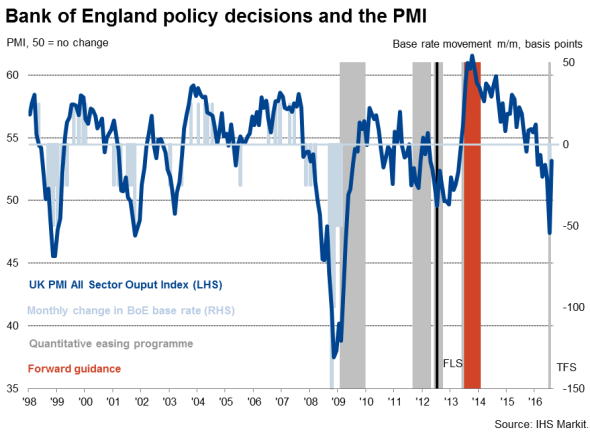 The most important news is a rebound in services activity, with the rise in the business activity index being the largest on record. This news follows reports of an even stronger recovery in manufacturing, where exporters enjoying a boost from the weakened exchange rate, and signs of construction activity stabilising, albeit remaining in decline.

The revival marks a substantial improvement on the 0.4% quarterly rate of GDP decline indicated by the July survey data. Over the first two months of the third quarter, the survey's output measure has averaged 50.3, signalling a near-stagnation of the economy.

Of the three sectors, manufacturing reported the strongest expansion, with output showing the biggest monthly gain since January, helped by the largest jump in export orders for over two years, in turn linked to the weaker currency. 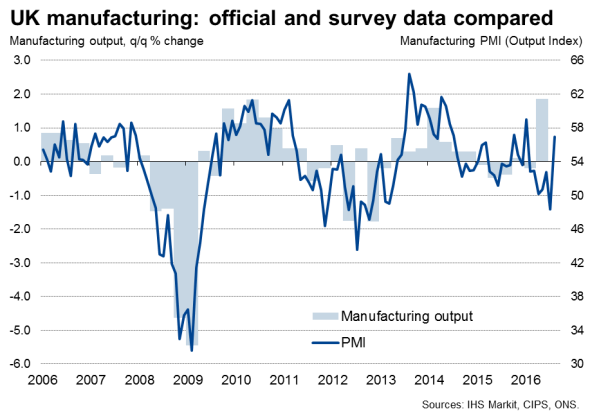 Construction meanwhile remained in decline as output fell for a third successive month, albeit with the rate of contraction easing to the weakest seen over this period. 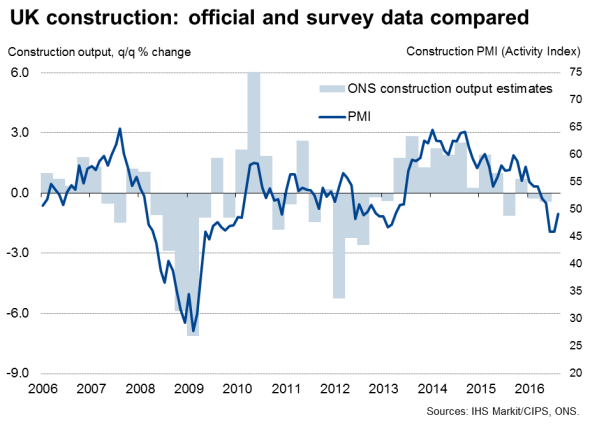 Hiring also picked up again amid signs of business returning to normal for many companies after the uncertainty caused by the shock referendum result.

Having fallen in July for the first time since December 2012, employment rose modestly in August, with a subdued return to hiring seen across all three sectors (including the first increase in manufacturing headcounts recorded so far this year).

While the weaker currency has helped boost exports, the drop in the exchange rate has also sparked inflationary pressures. 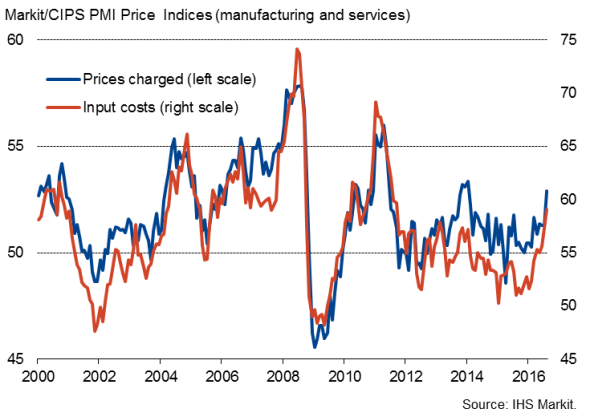 Average prices charged for goods and services showed the largest monthly increase since January 2014 as firms passed higher costs onto customers. The rise in factory gate prices was the steepest for five years. 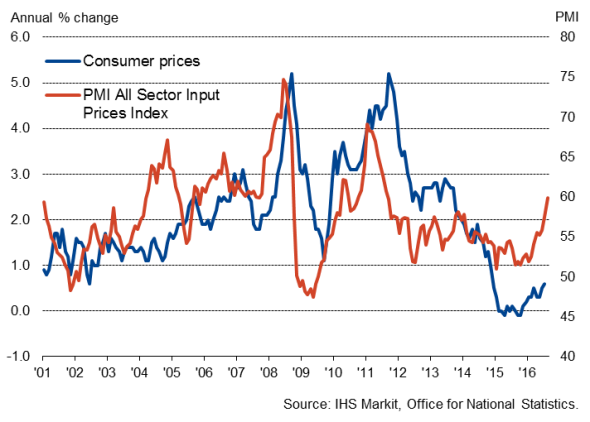 Assuming further growth is signalled by the September PMI surveys, we expect the economy to have eked out a modest GDP expansion of 0.1% in the third quarter. While there's clearly been a sharp slowing in the pace of economic growth in the third quarter, the risk of imminent recession has fallen significantly, attributable in part to renewed stimulus from the Bank of England as well as the calming of uncertainty brought about by the swift introduction of the new government.

However, service sector business confidence, although improving on July's multi-year low, remains well below its long-run trend. Many companies remain cautious about the outlook, suggesting that political and economic uncertainty is likely to prevail in coming months, subduing growth. It therefore remains far too early to say whether August's upturn is a dead cat bounce or the start of a sustained post-referendum recovery. 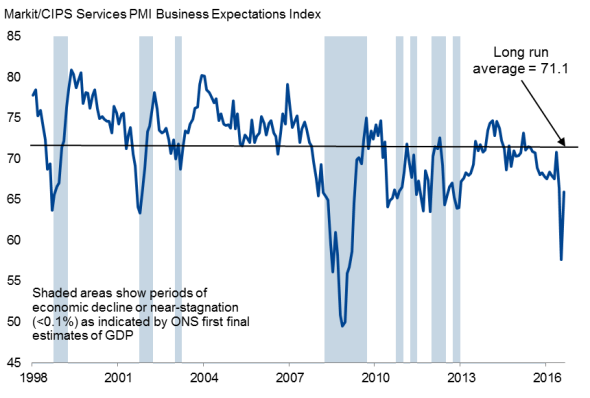