The number of people placed in permanent jobs by recruitment agencies fell sharply in July amid heightened uncertainty following the Brexit vote. Placement volumes declined at the steepest rate in over seven years as employers hit the brakes on hiring activity. 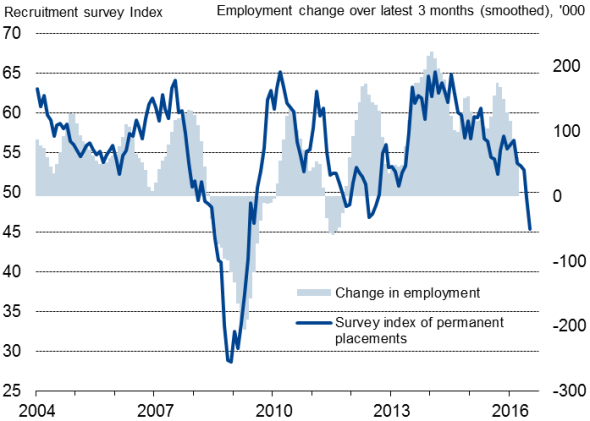 Economic uncertainty and demand for staff 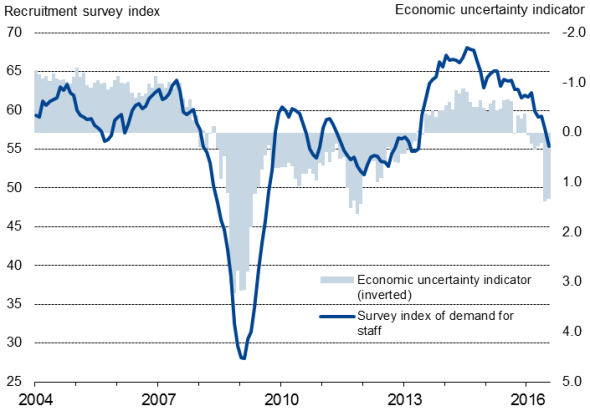 The latest data from the regular monthly survey of over 400 recruiters, conducted by Markit on behalf of the Recruitment and Employment Confederation, suggests a marked shift in labour market conditions, and adds to signs that the recent improving trend in unemployment may be set for a sharp reversal. The unemployment rate hit a fresh 11-year low of 4.9% in the three months to May, but that could well be the best figure for some time. 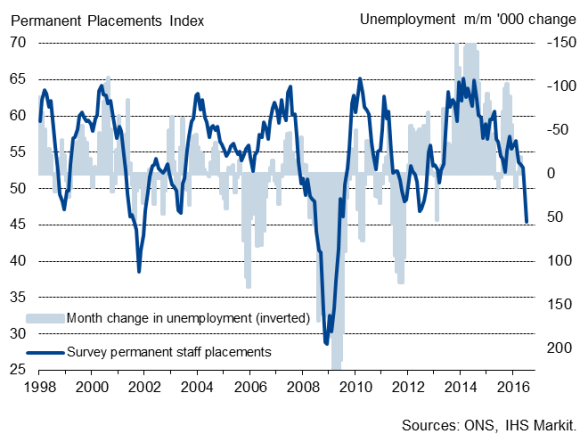 Regional data showed that London suffered a particularly marked drop in placements during July, with the Midlands, South and Scotland also seeing falls and the North posting a much slower rise.

The news was not as bad on the temporary jobs front, as some companies shifted their focus to flexible staff rather than committing to permanent hires. That said, growth of agencies' temp billings eased to a 10-month low.

The survey also showed continued tightness in candidate availability, with recruiters signalling difficulties sourcing candidates for a variety of roles following a sustained run of strong jobs growth over the past three-and-a-half years. In some cases this was exacerbated by candidates preferring not to move roles amid the current uncertain climate, according to anecdotal evidence. 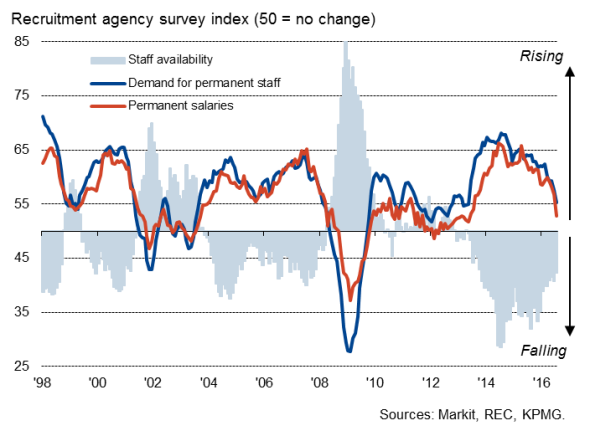 Salary growth meanwhile slowed to its weakest pace in over three years, boding ill for employee earnings and ultimately consumer spending power in the face of a slowing economy.