UK economic growth slowed sharply in April according to the PMI surveys, suggesting the second quarter could see GDP growth weaken further compared to the 0.4% expansion seen in the first three months of the year. 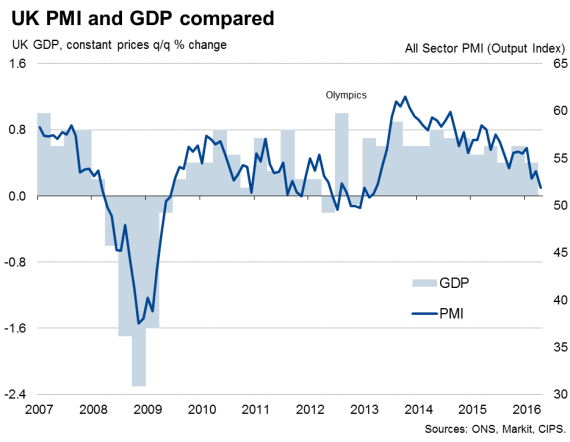 The three Markit/CIPS PMI surveys collectively indicated the weakest rate of expansion since March 2013, with growth slowing across the board. The combined Output Index fell from 53.6 in March to 51.9 in April. The latest reading is consistent with a near-stalling of economic growth, down to just 0.1% in April.

The deterioration in April pushes the surveys into territory which has in the past seen the Bank of England start to worry about the need to revive growth, either by cutting interest rates or non-standard measures such as quantitative easing. 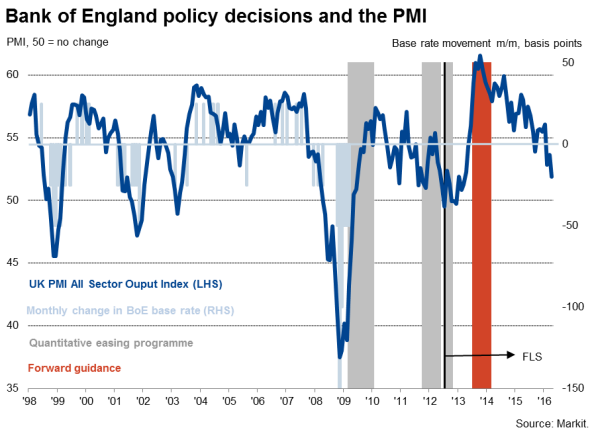 Some of the slowdown may be attributable to the early timing of Easter, but business confidence has also deteriorated in recent months, worsening again in April. Optimism about the year ahead in the services sector fell to match the 33-month low seen in January. 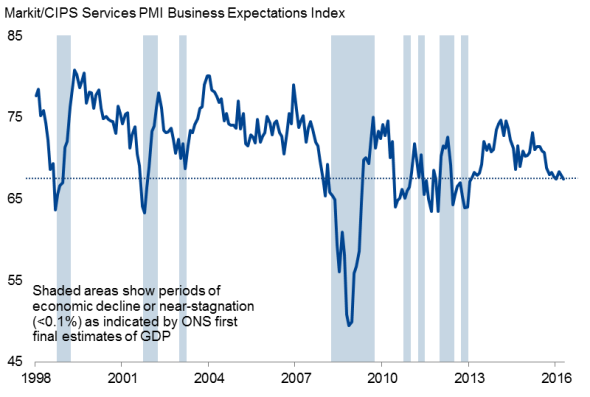 April saw an increase in the number of companies reporting that uncertainty about the EU referendum caused customers to hold back on purchases, exacerbating already-weak demand linked to global growth jitters and ongoing government spending cuts.

Growth of new business was unchanged on the three-year low seen in March, but levels of outstanding work fell at the fastest rate since January, registering one of the steepest declines in the past three years.

Cost pressures picked up, reflecting a combination of the introduction of the National Living Wage and the increase in oil prices seen during the month. Across the three sectors, costs showed the largest monthly increase since September 2014. Average prices changed for goods and services rose only modestly, as strong competitive forces often prevented firms from hiking prices without losing business. 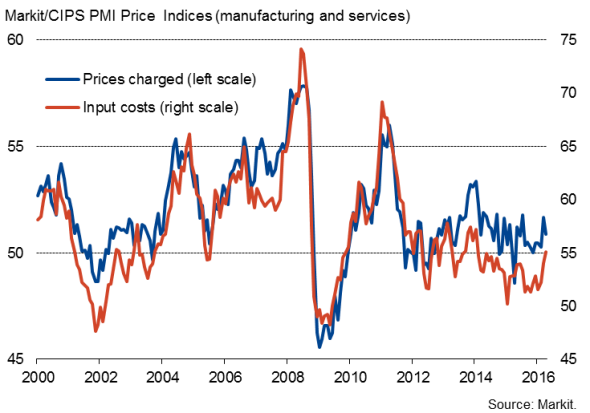 Employment across the three sectors continued to rise, but the rate of job creation fell to the lowest since August 2013. Although the survey is consistent with around 50,000 private sector jobs being created per quarter, that's less than half the rate of jobs growth seen at the turn of the year.

Manufacturing job losses accelerated to the highest since February 2013 and hiring in the service sector was the weakest since August 2013. In contrast, staffing levels rose at an increased rate in the construction sector, though the pace of hiring remained markedly lower compared to that seen at the start of the year. 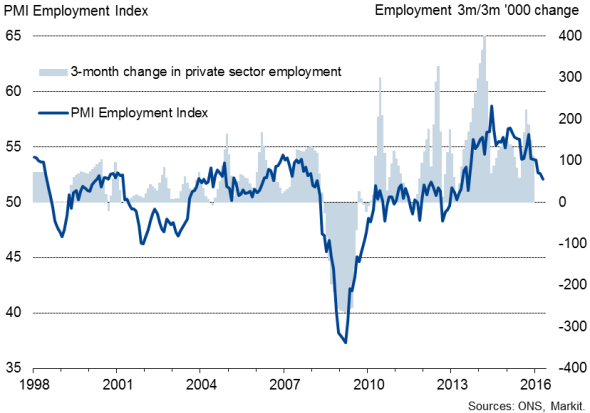