Signs of a slowdown in hiring, still-weak annual pay growth and disappointing survey data, all pitched alongside an adverse financial market environment so far this year, reduce the odds of the Fed hiking rates again in March.

The unemployment rate fell to an eight-year low of 4.9% as the economy added 151,000 jobs in January, according to official estimates, signalling a marked slowing in the rate of job creation after the surge seen late last year. However, this is still a robust rate of employment growth, and a trend strong enough to keep bringing unemployment down. Furthermore, December's numbers had in part reflected stronger than usual construction sector hiring due to unseasonably warm weather. 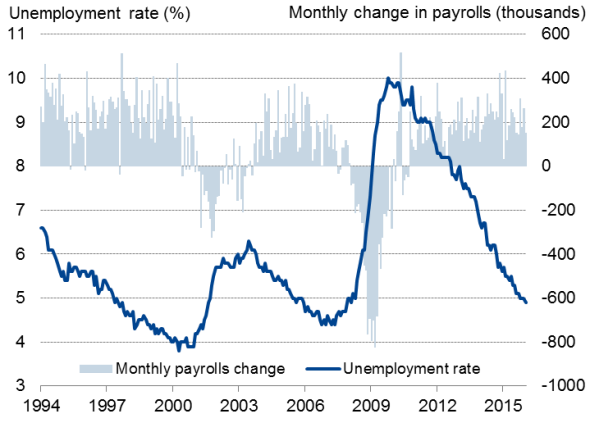 The tightening labour market is expected by the Fed to drive a wage growth revival; and wages rose 0.5% during the month, though annual pay growth remains a somewhat disappointing 2.5%. Moreover, there is a clear risk that low inflation, and low inflation expectations in particular, will feed through to weak wage bargaining power in coming months, keeping a lid on salary inflation and potentially offsetting the impact of a tighter labour market. A marked uplift in pay is by no means assured. 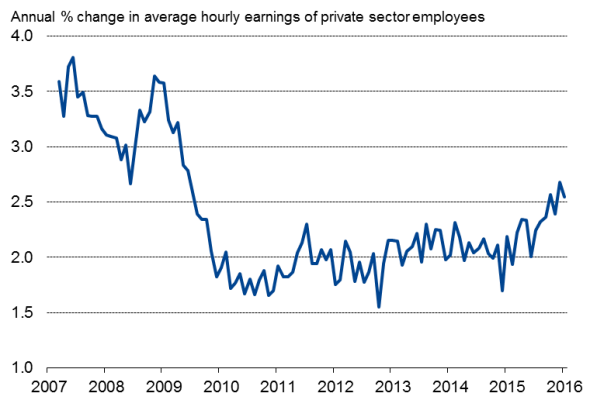 The underlying trend in hiring is also likely to continue to moderate. Business surveys, including Markit's PMI, have signalled a marked easing in the rate of economic growth in recent months, with signs that companies have become more risk averse in reaction to growing uncertainty about the business outlook.

We note also that the data showed the labour market participation rate to have been running at a near four-decade low of 62.7%, flattering the unemployment rate and possibly overstating the current tightness of the labour market.

It would therefore not be surprising if Fed policymakers decided to await clear signs of an upturn in the economic data flow and easing of financial conditions before committing to more tightening.