The Rightmove in a game of digital duopoly

The launch of On the Market marks the entry of a third online property portal in the UK, backed by agents in an attempt to break the duopoly of the two largest players; Rightmove and Zoopla.

UK housing market on the fence

Reports confirming a property slowdown abounded towards the end of last year, but in January 2015 reports emerged that the apparent slowdown was exaggerated. Bringing further despair to new buyers, houses coming to market rose by 1.4% or "3,798 in a month that usually sees prices fall.

Paradoxically, the buoyant housing market doesn't appear to have benefited the entire UK housing ecosystem. Estate agent Foxtons recently reported disappointing results in the luxury segment which sent its revenues down 12%, owing to a 26% fall in sales commissions in Q4 2014. While full year revenues were up by 3.4%, the firm only expects its business to rally after the upcoming May general elections. Short sellers are betting against the company as shares outstanding on loan have increased to 6.4%; a fourfold increase from last October. 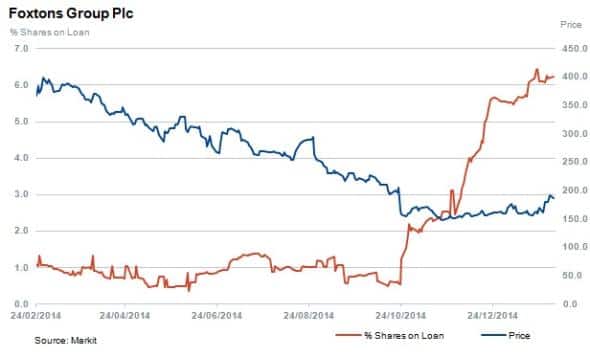 New kids on the block

Bringing buyers, sellers, landlords and tenants together and assisting high street agents for over a decade is online marketing portal Rightmove. The firm has dominated the online real estate search market in the UK since its founding in 2000 by four estate agent chains. Competition for agent fees has now increased with On the Market's debut in 2015.

On the Market, which backed by an industry consortium of six founding property agencies has reportedly signed up 3000 estate agents and, most importantly, only allows members to join only one of either Zoopla or Rightmove. Previously agents were free to advertise on as many platforms as they chose; for example Foxtons currently uses both incumbents. The latest rules, if strictly enforced, raise the prospects of agents favouring one of the incumbents at the expense of another.

Also adding to the potential attractiveness of On the Market is the fact that it operates as a not-for-profit entity, charging members cost price to access the listings services, which could make it an attractive cost effective competitor to Rightmove and Zoopla should it take off. 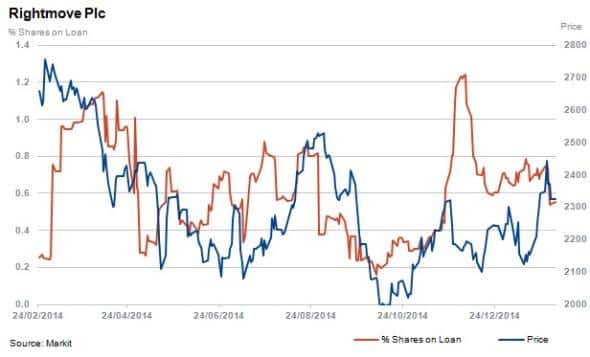 However investors have so far shown little sign of bearishness towards Rightmove whose demand to borrow currently stands at a very low 0.6% of shares are outstanding. 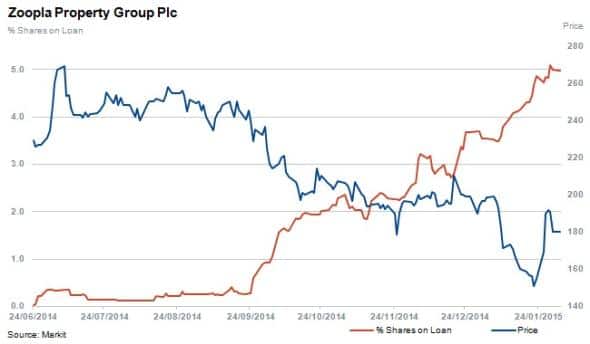 Zoopla, on the other hand, has been relatively shunned by investors and favoured by short sellers. Its stock has declined 22% since listing last year and short sellers have aggressively increased positions as analysts cut forecasts. Perhaps most worrying for investors is the fact that the firm has recently cut its revenue forecast, citing competition and issues signing new customers. Short interest has increased over by 42% this year alone, with a total of 5% of shares outstanding currently out on loan.

Analysts have forecast twice the sales growth expected for Rightmove of 16% compared to Zoopla for the year ending December 2015. Zoopla is now three times smaller by market capitalisation. On a price multiple basis, Zoopla trades 1.5 times higher than Rightmove, with analysts forecasting both stocks to revert to 23 times earnings in 2015. 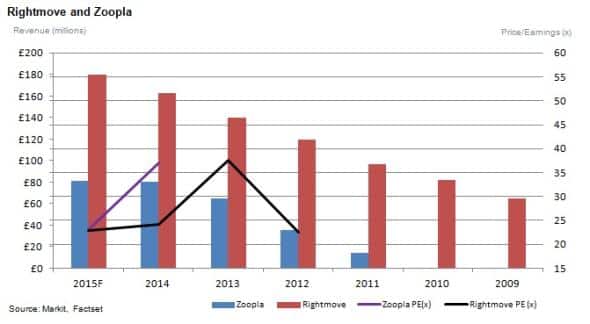 The recent shifting competitive landscape in the UK mirrors that seen in the US over the last few years, which has seen Zillow and Trulia come up against industry backed competition in the shape of realtor.com. After a decade of fierce competition, both firms agreed to merge in an all-stock deal which is currently awaiting regulatory approval. The firms released a joint statement in December 2014, stating that the merger would not progress until after February 15th 2015 as the FTC continues to assess the merits of the transaction. Investors appear to be positioning for the deal to be completed. The number of shares out on loan in Zillow has surged to recent highs in the last few weeks, indicating increasing demand to arbitrage the deal premium which has all but vanished since the July 28th 2014 announcement .

On the flip side of the deal, short interest in Trulia has fallen; another sign of bullishness towards the deal going through.