Global manufacturing remained firmly stuck in a low gear in September. The latest batch of PMI survey data are roughly consistent with global manufacturing output rising at a modest 2% annual pace. That's better than the near-stagnation seen earlier in the year, but remains disappointingly modest, hampered in particular by lacklustre global trade flows and ongoing sluggish production in emerging markets. 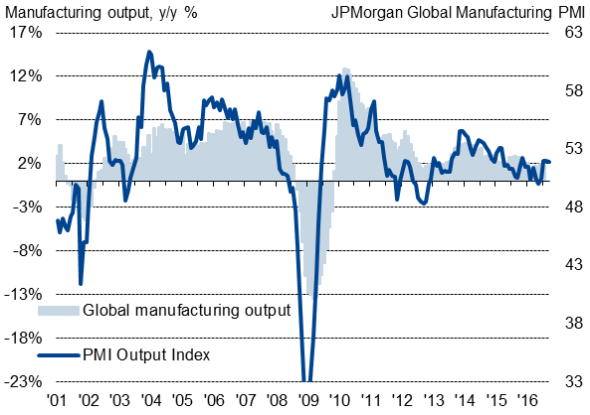 The JPMorgan Global Manufacturing PMI, compiled by Markit from its worldwide business surveys, rose to 51.0 in September from 50.8 in August but once again failed to register any significant revival in worldwide factory activity growth.

Exports rose worldwide for a third month running, but the rate of increase remained close to stagnation amid ongoing weakness in emerging markets. While the developed world manufacturing PMI edged up to an eight-month high of 51.8, the emerging market equivalent held steady at just 50.1.

The tentative upturn in exports nevertheless raises hopes that trade flows may be starting to pick up, potentially boosting factory output in coming months. 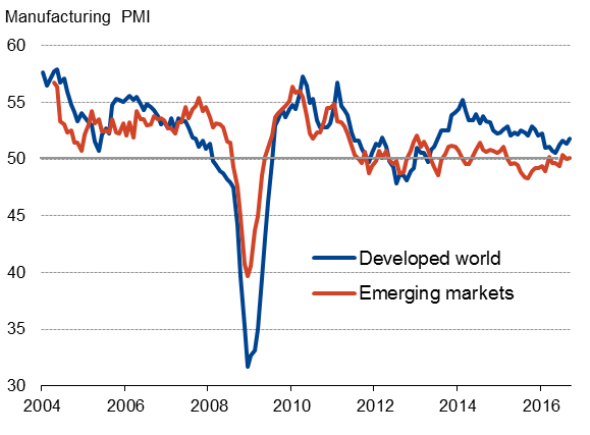 Exports reviving but still a drag 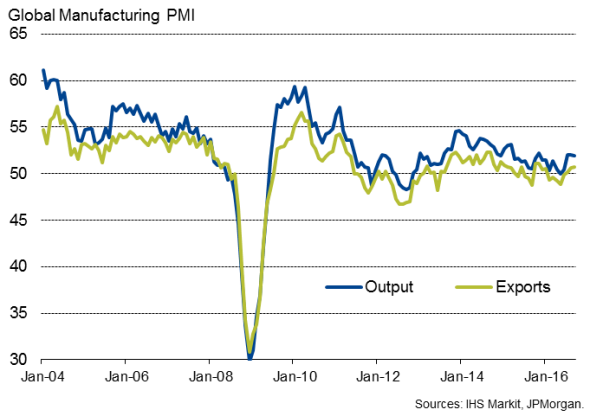 Of the 28 countries covered by the PMIs, only eight reported a deterioration in manufacturing conditions down from nine in August), with the other 20 reporting improvements. 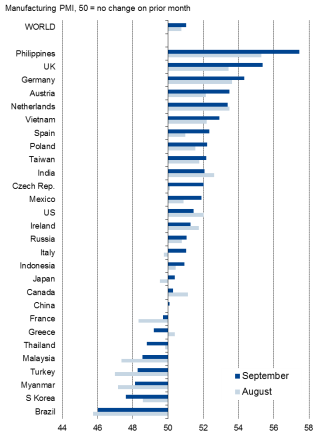 The fastest rate of growth continued to be reported by the Philippines, outpacing all others by some margin.

The UK moved into second place, enjoying the best export growth of all countries surveyed as the weak pound helped boost international competitiveness. 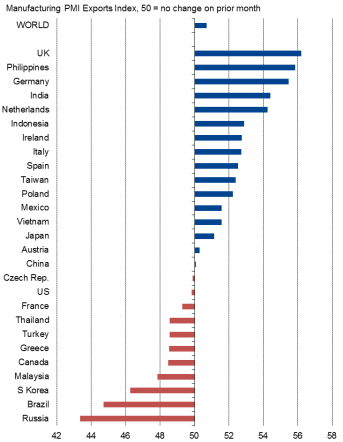 The US held on to thirteenth place in the rankings despite suffering a slowdown in growth to a three-month low, driven in part by the first decline in exports since May as the strong dollar continued to hurt.

China eked out only very marginal growth, though the stabilisation seen in the third quarter represents the best performance for two years, a factor helping to bring about a similar stabilisation of manufacturing across Asia as a whole.

Asian manufacturing was also aided by Japanese supply chains having recovered from the earthquake-related disruptions seen earlier in the year. Japan saw its first improvement in manufacturing conditions since February.

Brazil remains at foot of rankings

The improvement across Asia was by no means broad-based. Some of the steepest downturns seen among all countries surveyed were once again found in the region. Contracting manufacturing sectors were evident in South Korea, Myanmar, Malaysia and Thailand.

However, the steepest downturn of all countries globally continued to be seen in Brazil. 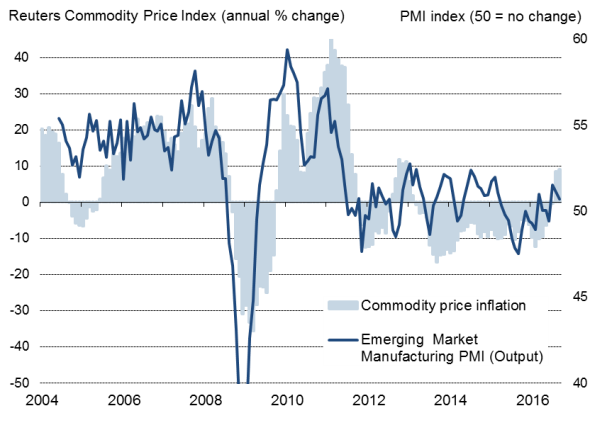