Short interest has increased across some of the largest stocks in Europe in 2016 as a weaker economic outlook persists and fears of deflation continue to stifle markets.

With the exception of European Technology Hardware & Equipment, all other economic sectors in Europe have seen average short interest rise since the start of the year. This increase has lifted average shares outstanding on loan of index constituents by almost a fifth to reach 2.6%, the highest seen in almost two years. 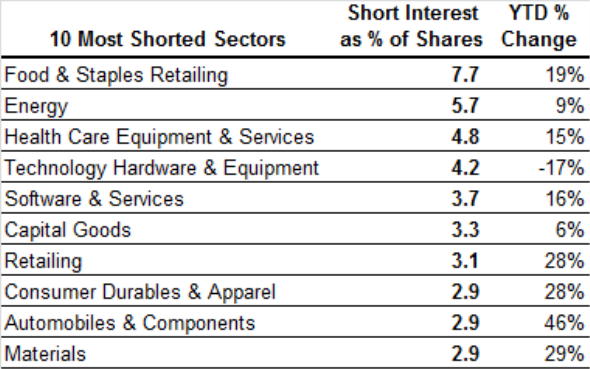 Leading the rise in shorting activity is Food & Staples Retailing firms which have been particularly targeted, with UK retailers featuring among the most shorted. 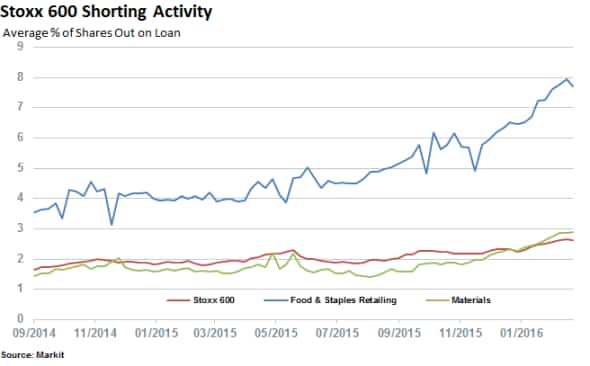 Battling deflation and increased local competition, a fierce fight for market share has seen earnings among UK retailers dwindle. Under pressure from German discounters Aldi and Lidl, Sainsbury's and Morrisons have been particularly targeted by short sellers, with Tesco also coming under pressure. 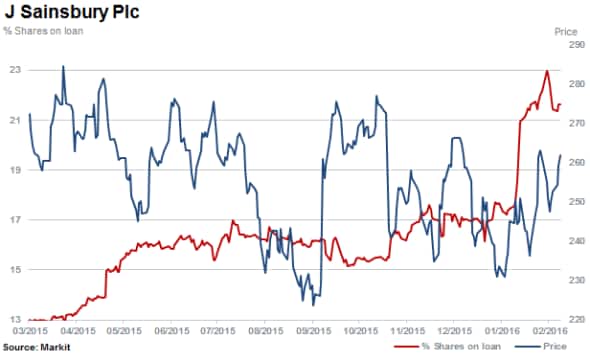 Sainsbury's has seen a recent surge in shorting activity since it announced plans to acquire Argos (Home Retail) in January, reflecting market scepticism around the deal.

Adding to concerns, a subsequently higher and all cash offer from South African based Steinhoff complicated matters for Sainsbury's. Short interest has climbed 27% year to date with 21.6% of shares currently outstanding on loan. Shares in Sainsbury have remained largely unchanged even though the company looks to be priced out of the possible acquisition - however it recently announced that a hostile bid for Home Retail has still not been ruled out.

However the bidding war for Home Retail has been positive for the company's share price, spiking 80% year to date and sending short sellers covering. It highlights the limited growth prospects for incumbents and their weaker position compared to new entrants growing and or consolidating into the UK market. 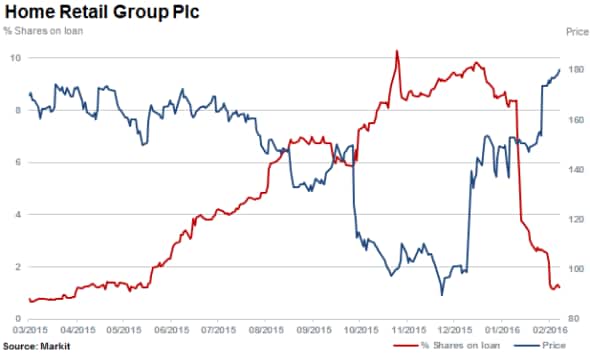 Also searching for growth is US based online retailer Amazon, whose rumoured entrance into the UK food market sent shares of online grocer Ocado sliding in 2015 due to competition concerns.

Subsequently the rumours of a partnership to involve Ocado saw shares spike early in 2016. Eventually Morrisons and Amazon made a deal, with a flood of short positions in Ocado materialising thereafter. 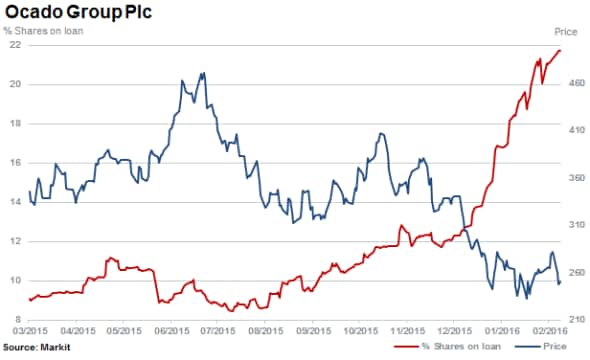 Short sellers subsequently increased positions in Ocado by 70% with the stock falling by 12% year to date. 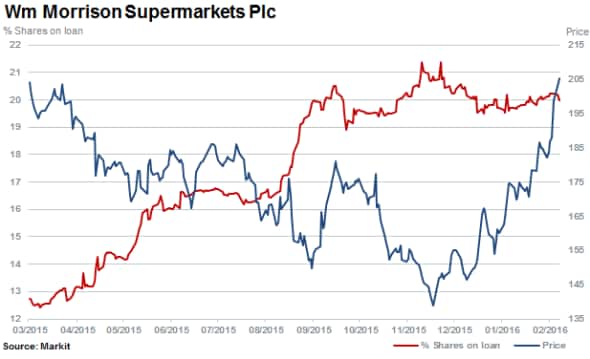 Shares in Morrisons meanwhile have surged 38% year to date but short sellers continue to hold on despite weathering losses totalling an estimated $200m. 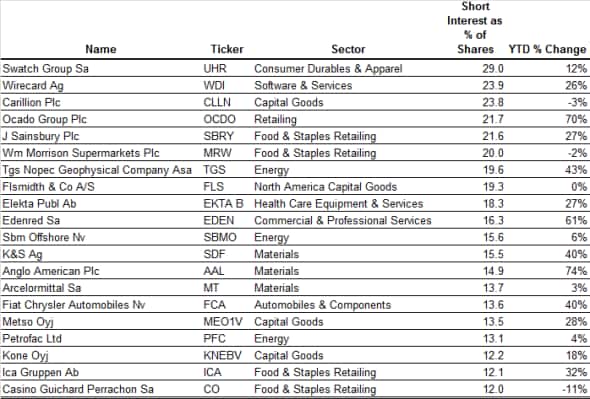