Faster growth in Taiwanese manufacturing activity indicates that momentum in the economy has picked up during the third quarter. Increasing order book inflows was a highlight in September, with rising export demand a key driver of growth.

With Taiwan's economy dominated by trade and manufacturing, the survey data suggest that gross domestic product will have continued to expand after the 0.7% growth seen in the second quarter. 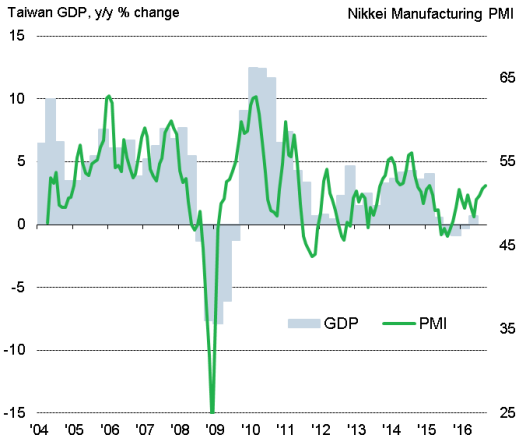 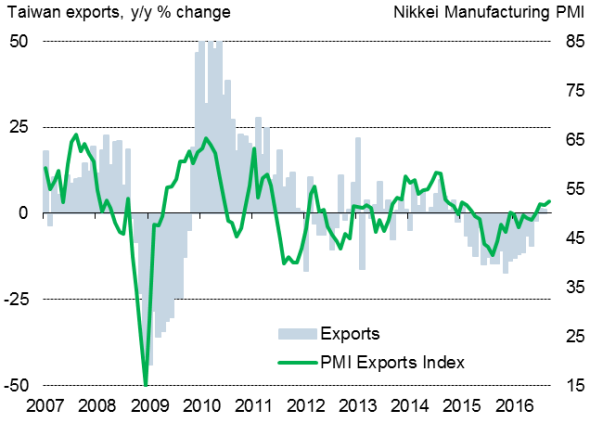 Up from 51.8 in August to 52.2, the Nikkei Taiwan Manufacturing PMI rose for the fourth successive month in September. The latest index reading was highest in two years.

Renewed optimism about the year ahead also bodes well for the business outlook. The rate of employment growth consequently remained strong, despite slowing from August's two-year peak.

The continued rise in prices of raw materials has meanwhile raised firms' cost burdens. Although some companies attempted to pass on increased costs to customers, limited pricing power meant that most had little choice but to absorb greater input prices. The increase in output charges was only slight as a result.

The concern is that the lack of pricing power may pressure the profitability of Taiwanese manufacturers, which would make them reluctant to expand their workforce numbers. 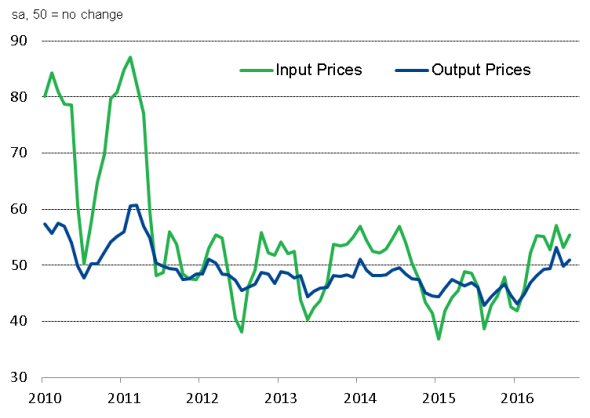