The IHS Markit/CIPS Manufacturing PMI fell from a four-month high of 56.7 in August to 55.9 in September. Although dropping, the PMI remained firmly in expansion territory and above the 55.5 average recorded in the first eight months of the year. 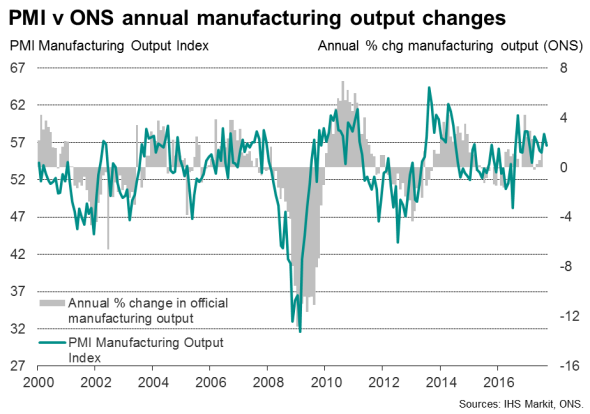 The survey showed growth of output easing but remaining strong. The third quarter average output index reading is historically consistent with manufacturing output growing by approximately 0.7% compared with the second quarter, up 2.0% on a year ago.

The robust PMI survey data so far this year have contrasted with weaker official (ONS) data, which estimated that manufacturing output fell by 0.3% in the second quarter, fuelled by a sharp drop in car production.

Other surveys, notably the CBI industrial trends survey and Bank of England's survey of its agents, both point to even stronger manufacturing growth in recent months than the PMI. 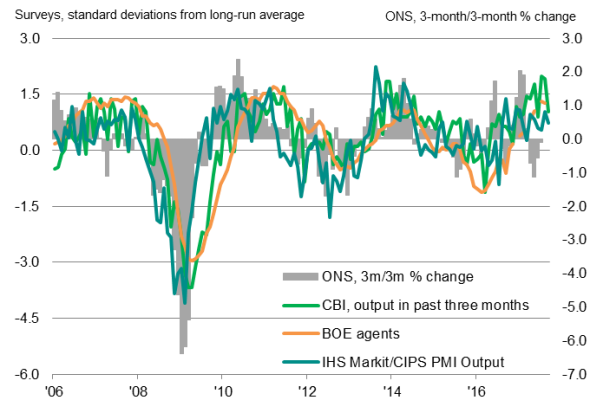 A rebound in the official data is therefore signalled for the third quarter by the surveys, tentative signs of which appeared with a 0.6% increase in production in July (the latest month for which official data are available).

Where the survey and official data have been more in line is in relation to exports. The latest available official trade data showed non-oil goods exports up 12.0% on a year ago in July, with overseas sales revenues buoyed by the weakness of sterling. Revised GDP data now show net trade making a significant positive contribution to the economy in the second quarter. PMI data have also registered strong growth in recent months, which persisted into September. 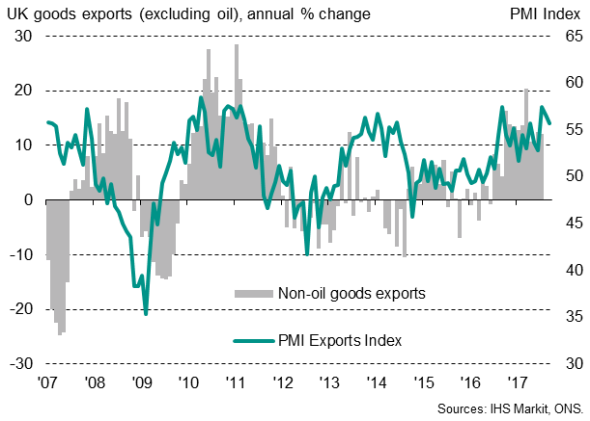 Strong export growth has by no means been universal, however, with smaller companies seeing far weaker performance than larger firms, although recent months have seen the former reporting modest growth after the declines seen earlier in the year. 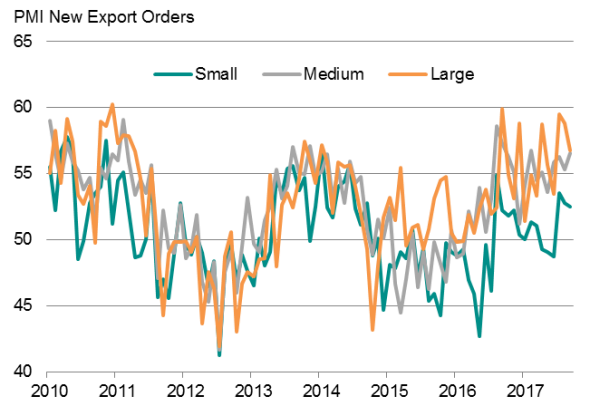 Two further, and partially related, key developments in the September PMI survey were a jump in the incidence of supplier delays and a sharp rise in input prices, which hint at rising consumer price inflation pressures.

Suppliers' delivery times lengthened to the greatest extent since April 2011 as suppliers struggled to meet demand for inputs from manufacturers. 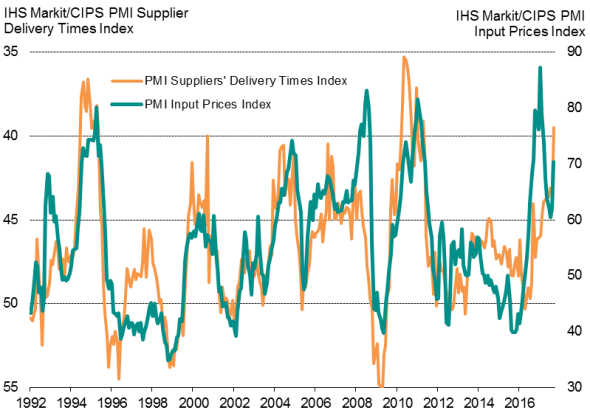 Such an imbalance of supply and demand inevitably led to greater pricing power among suppliers, pushing up prices for many key inputs. Rising global commodity prices, notably for oil, also pushed up costs. Measured overall, average input cost inflation picked up sharply to the highest since March.

Average output prices charged at the factory gate consequently also rose at an increased rate as higher costs were passed on to customers, registering the largest monthly rise since May.