How do you determine current and future market share?

Covering 95% of the entire global automotive industry, our global automotive forecasting team provides strategic planners with a reliable and independent understanding of future supply and demand for vehicles. For an automaker, this is critical for determining future sales by location, bodystyle and model. For a supplier, our independent analysis can be used to validate RFQs and assess opportunities. With forecasts that span 7 to 30 years, we also help automotive stakeholders understand future disruptive technologies like autonomy, electrification and mobility. Every day, 100% of the largest vehicle manufacturers and nearly all the largest auto component suppliers consider our forecasts essential for their product planning needs.

Understand where demand is growing the most

He manages the Global Vehicle Sales and Production Forecast services and leads an experienced analyst team at IHS Markit in each of the world's key automotive regions. Since December 2011, he has also managed the global Vehicle Production team. In 2005, Henner joined CSM Worldwide GmbH in Germany as a market analyst, forecasting vehicle sales in Europe. Two years later, he was promoted to manager of European advisory services. During this time, he acquired and managed European-centric consulting projects for CSM. Henner became global director for the vehicle sales forecast service in 2008, a position he maintained after the merger of CSM and Global Insight, which now are part of IHS Markit. Prior to joining CSM Worldwide, he worked in the central marketing department at Porsche AG in Stuttgart, Germany. Henner holds a degree in international business and marketing from Fontys University of Professional Education, located in The Netherlands.

Mr. Fulthorpe leads a team of analysts based around the world in North America, South America, Europe, Japan/Korea, China, Thailand and India. He has more than 15 years of experience following developments in the production environment. He holds a bachelors' degree in English Literature from Goldsmiths College, University of London, UK.

Mr. Franjičević is a research expert in the field of automotive Future Mobility. Mario analyses and forecasts global trends and the disruptive impact of mobility-as-a-service, electrification, and autonomous driving technologies on the auto industry. Since 2011, he is part of the automotive division of IHS Markit. Prior to his current role, Mario was responsible for volume forecast and market analysis of passenger cars and light commercial vehicles in Europe and the Middle-East/Africa (EMEA). During that period, he gained specialized knowledge in vehicle manufacturers' BEV (battery electric vehicles) platform strategies.Before working at IHS Markit, he was employed by Daimler AG, BMW Group Japan, and Mitsumi Electronics, where he had roles in market research, price/volume planning and product management. Mario is a graduate of the University of Applied Sciences Nürtingen, Germany, Business Administration. On top of that, he is a post-graduate fellowship holder of the German Academic Exchange Service (DAAD) - "SP Japan (Language and Practical Training in Japan)" a program that tightens business and cultural relations between Germany and Japan in an 18-month stay in Japan.Mr. Franjičević is fluent in four languages: German, English, Croatian, and Japanese.

She is responsible for a daily update of news, events, interviews and product introduction summaries as well as special research reports and company profiles, providing context for and analysis of industry developments to worldwide subscribers. She joined the team in summer 2013 with more than twenty years of experience in the automotive sector, including a decade in automotive analysis, four years of experience in supplier-based strategic communications and as a supplier-OEM marketing liaison, and several years on the editing side of a top automotive enthusiast publication in the United States. Stephanie holds an a Bachelor of Arts in Public Relations and Marketing from Eastern Michigan University, US, and an MBA in Integrative Management from Michigan State University's Eli Broad College of Business, US.

Tom has been involved in the international automotive industry for nearly two decades and is currently responsible for both long-term market research and business consulting projects for the Automotive Group. He has contributed to special projects assessing technical, business, regulatory and societal trends to help senior management improve decision-making. He has assisted automotive manufacturers, global suppliers, NGOs and government agencies, including European Commission and Parliament. Recently, his work encompassed areas such as biofuels market potential, CO2 forecasting evaluations and future mobility outlooks.Tom regularly contributes to several company publications and is frequently quoted in the media. Previously, he was with the Automotive Group of Standard & Poor's DRI, and Euromoney Financial Publications. During his formative academic years, he was a marketing trainee at Citroen Belux and Land Rover North America. Tom holds a Bachelor of Business Administration from Northwood University in Midland, Michigan, US, a Masters of Business Administration from Cardiff Business School, UK, and an IVA-A HBO (Honors) from IVA in Driebergen, Netherlands.

He is responsible for leading the company's global aftermarket product development strategy, and he is a frequent speaker at industry events including AAPEX, NCMA, and GAAS. Mr. Seng began his automotive career in 1984 and has more than 30 years of experience in both the North American and global aftermarket business. Previously, he held various positions in distribution, sales, international marketing and product management for Federal-Mogul. Mr. Seng has been actively involved with industry causes throughout his career, working very closely with industry associations and serving on committees. He served on the AutoCare Association's Technology Committee for eight years and served as president of the National Catalog Managers Association (NCMA) from 2004-2007. He has been a member of the Global Automotive Aftermarket Symposium (GAAS) Program Committee since 2008. Mr. Mark Seng holds a Bachelor of Arts in Business Management and History from Alma College, US.

Mr. Carlson specializes in the areas of autonomous driving, mobility, and automotive technology and is a key contributor to mobility services topics. He has extensive experience in making presentations to clients and media worldwide. He has worked in automotive electronics market research and analysis with a focus on driver assistance, sensors, autonomous vehicles, and mobility for 12+ years in the analyst role where he gained experience in advanced driver assist systems, technologies, and sensors. Complementary research includes technical topics, regulation and legislation, and the deployment of new and emerging technologies that are becoming more broadly available across the market.He has worked with a number of OEM, supplier, and technology companies in supporting both syndicated and custom analysis to support critical business decisions that shape the landscape of the automotive and transportation industries. Mr. Carlson earned his Bachelor of Arts in Italian Studies from the University of Wisconsin-Madison, US, following his study at the Università di Bologna, Italy.

Michael Robinet was promoted to executive director of Automotive Advisory Services at IHS Markit in December 2018 - driving industry thought leadership in the field of light vehicle automotive market dynamics and supplier strategy. From December 2011 to November 2018, he was the managing director leading the North American Automotive Advisory Team. Until late 2011, he served as the Director of Global Vehicle Production Forecasts from 1996. In his role as executive director in the global automotive advisory practice, Michael builds upon his experience as a leader and innovator in automotive research. He works with decision makers at suppliers and OEMs in the fields of supplier strategy/profitability, global production forecasting, tracking future product programs (FPPs), analyzing sourcing and production strategies to serve OEM, supplier and government entities throughout the global auto ecosystem. Michael has over three decades of experience in automotive forecasting, strategic analysis and manufacturing finance. Prior to joining CSM Worldwide, now part of IHS Markit, he worked at several research companies and was schooled in finance at a Tier 1 supplier. He regularly consults with industry executives and presents at global OEM and supplier conferences/symposiums and is widely quoted by worldwide media on a variety of critical industry topics.Michael holds an undergraduate degree in economics and an MBA, both from the University of Windsor, Canada. He is a board member of the Automotive Hall of Fame, the Canada-US Business Association (CUSBA) and the Original Equipment Supplier Association (OESA). He is also a member of the Society of Automotive Engineers (SAE), Automotive Press Association (APA), Detroit Economic Club (DEC) and the Society of Automotive Analysts (SAA). Michael pens a monthly column called 'Supplier Eye' for SAE's Automotive Engineering Magazine.

Holger joined IHS Markit in 2013 as Senior Data Analyst within the Light Vehicle Sales Forecasting division. In this role he was responsible for analyzing and anticipating vehicle sales trends. In 2018, Holger changed position into the Advisory Services team taking over responsibility for Sales Planning Services for OEMs. These services include customer presentations and discussion workshops as well as delivery of customized forecast numbers and reports. Holger holds a diploma in Economics from the Ruhr-Universität Bochum with a focus on macroeconomics, econometrics and operations research. 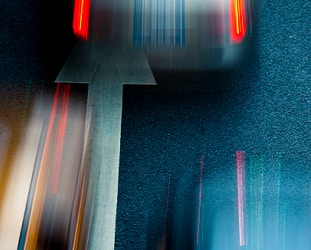 Webinar | Evolving Material Trends in the Body-in-White Forecast Join us February 4 as we highlight key outputs of… https://t.co/DWdV2Q1gPs