Do you have a stake in oil sands development?

Learn more about challenges and opportunities facing the Canadian oil sands with independent IHS Markit research that has been made free for download. Senior industry executives, policymakers and community stakeholders use this non-partisan, balanced analysis to advance the conversation surrounding development of the Canadian oil sands.

Access the forum's extensive body of research today to:

Would you like to have more access to expertise? Read about the benefits of Canadian Oil Sands Dialogue membership.

Initiated in 2009, the IHS Markit Canadian Oil Sands Dialogue has been bringing together a broad set of stakeholders and provides an independent, objective platform for discussing and delivering balanced information on development tradeoffs, limitations and opportunities. While membership in the forum offers a direct opportunity to learn and participate in the dialogue surrounding the oil sands, it also helps support public research for download. IHS Markit retains exclusive rights and responsibility for the content of the reports.

Understand what’s at stake in the Canadian oil sands development

Download any of the following reports using the "Download Now" button in the upper right hand corner of this page:

* IHS Markit retains full editorial control of each special report and will remain solely responsible for the reports' content.

Ms. Hwang is a senior research analyst focused on the Canadian crude oil market, specializing in western Canadian supply, oil sands extraction and economics and crude oil logistics. Ms. Hwang contributes to quarterly and monthly Canadian supply outlooks and global crude oil supply and demand balances. Ms. Hwang's expertise includes prior research and analysis on Canadian gas transmission capacity and market drivers, US tight oil supply and development, and global macroeconomics. She holds an undergraduate degree in economics with a concentration in energy economics from the University of Calgary and is based in Calgary.

Mr. Meyer is a director at IHS Markit with the Mobility and Energy team. His research focuses on automotive market and policy trends and their implications for energy demand. Mr. Meyer has been the primary author of a number of Strategic Reports on mobility developments, including "ZEV Watch: ICE in the crosshairs"; "Getting to Norway: How the global leader in electric vehicle adoption has moved nearly halfway to 100% new light ZEV sales"; "Will Houston become more like Oslo: A perspective on city vehicle regulations"; "If you build it: Will more electric vehicle models spur rising sales?"; and "From 'carrot' to 'stick': How China's EV policy support is evolving." Before joining the Mobility and Energy team, he focused on the global oil market and industry trends. Mr. Meyer joined IHS Markit in 2010 as a research assistant to Vice Chairman Daniel Yergin for his book "The Quest: Energy, Security, and the Remaking of the Modern World." He holds a Bachelor of Arts from Haverford College, United States, and master's degrees from Johns Hopkins University School of Advanced International Studies and New York University, United States.

Mr. Birn leads IHS Markit western Canadian crude oil market analysis, the Canadian oil sands dialogue, and contributes to IHS Markit global oil and gas GHG emission strategy. His expertise includes North American crude oil markets, crude oil logistics, the development of the Canadian oil sands cost, and greenhouse gas estimation of crude oil. Mr. Birn has authored over eighty reports related to North American crude oil markets, extraction, and environmental impacts, and provides regular commentary to media on the state of the western Canadian industry. Mr. Birn is also a member of Government of Alberta ESG working group, a fellow at the Canadian Global Affair Institute and is often called upon to brief senior industry and government officials on Canadian energy market and GHG emission intensity of crude oil. Prior to joining IHS Markit, Mr. Birn was a Senior Economist with the Government of Canada and a Partner in a software firm. Mr. Birn holds an undergraduate degree in business and a graduate degree in economics from the University of Alberta.

​She conducts research on environmental and sustainability issues affecting the energy sector and is a lead researcher for the IHS Climate Strategy Dialogue. Ms. Meyer’s latest research focuses on oil and gas company valuation as related to the “carbon bubble” thesis. She also researches upstream oil and gas environmental issues, with a recent focus on flaring and methane emissions and climate change policy. In previous years, she contributed to the IHS global energy reports produced in conjunction with the World Economic Forum. Her professional background includes serving as a federal program analyst at the Government Accountability Office and several years of community development work, including service in the Peace Corps. Ms. Meyer graduated summa cum laude from the University of Indianapolis, Indiana, US, with a Bachelor of Arts in International Business. She also holds a Master of Public Affairs from the Indiana University School of Public and Environmental Affairs with concentrations in policy analysis, economic development, and public financial administration.​​​

Mr. Brady has more than two decades of experience in analysis and forecasting of global and North American oil markets. Mr. Brady has authored numerous IHS Markit reports covering vital topics, such as the role of biofuels, the economics of electric vehicles, peak oil demand in the developed world, along with many regular market briefings and World Oil Watch reports. Previously, Mr. Brady was a consultant in the oil industry, focusing on downstream regulatory issues, including the transition to ethanol in the California gasoline market. Mr. Brady's university degrees include a Bachelor of Arts from Amherst College, United States, and a master's degree from Johns Hopkins University's Paul H. Nitze School for Advanced International Studies (SAIS), Washington, D.C.

Mr. Burkhard is vice president and head of crude oil market and energy and mobility research. He is responsible for the development and coordination of IHS Markit insights and messages for global and regional oil markets and scenarios. His expertise covers geopolitics, industry dynamics, and global oil demand and supply trends. He has more than 20 years of experience in energy markets. He also leads research into how changes in the automotive ecosystem are impacting the future of the energy and automotive industries. He led the ground-breaking IHS Markit study, Reinventing the Wheel (RTW): The future of cars, oil, chemicals, and electric power. RTW has been cited by numerous press outlets around the world including the Wall Street Journal, the Financial Times, CNBC, Bloomberg, and media outlets in China, Europe, and India.Mr. Burkhard has led the development of each generation of IHS Markit scenarios that bring together the entirety of IHS Markit energy research to form an integrated global outlook for the future of energy. The 2006 scenarios pointed to a major debt-induced global crisis two years before the 2008 recession; and in 2011, identified the roadmap to $50 oil by 2014/15. Also, in early 2020, his team was the first to identify the scale of production cuts that would materialize in the US and OPEC+ members in the second quarter of the year.Mr. Burkhard has testified before the US Congress on energy issues and is frequently sought for comment by global media. He has participated in several US National Petroleum Council (NPC) studies that provide policy recommendations to the US Secretary of Energy on oil and gas issues. Prior to joining Cambridge Energy Research Associates before its acquisition by IHS Markit, Mr. Burkhard was a member of the US Peace Corps in Niger, West Africa, where he directed infrastructure projects to improve water availability and credit facilities. He holds a BA from Hamline University and an MS from the School of Foreign Service at Georgetown University.

This regional energy exploration and production company reduced the time required to generate monthly reports from 1 day to 20 minutes and reduced the workload from 2 full-time positions to one. Experienced staff now spends time making decisions instead of making reports and pumpers' accuracy has improved, too.

A Global 500 energy company set out to find opportunities for greater efficiency in extracting oil from unconventional reservoirs and developed a steam-assisted gravity drainage production solution that now saves millions of dollars annually by reducing the need for maintenance and risk of interruptions.

As a Delta Air Lines subsidiary, this oil refinery reduced the parent company’s jet fuel costs by $300 million per year and increased the efficiency/productivity of its own 40 engineers by up to 2 hours a day – saving about $600K per year. The refinery also strengthened corporate governance by ensuring compliance with safety/environmental standards. 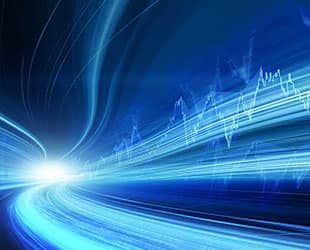