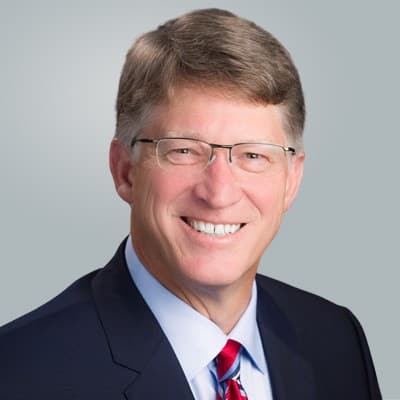 Dr. Ken Matheny is an executive director at IHS Markit.
He contributes to macroeconomic forecasts and economic analysis, as well as monitors financial markets, the Federal Reserve, and other domestic and international developments. Dr. Matheny conducts research and makes presentations to clients and other groups on monetary policy, financial markets, and other issues in the economic outlook. He has been quoted in, or appeared in, various media outlets, including the Wall Street Journal and the New York Times.P rior to joining IHS Markit he worked at Macroeconomics Advisers, which was acquired by IHS Markit in 2017. He also served on the faculty of the Krannert School of Management at Purdue University, where he taught courses on macroeconomics, microeconomics, and money and banking. He holds a Ph.D. from UCLA and a Bachelor of Arts summa cum laude from Washington University, both United States. He is a member of the American Economic Association and the National Association for Business Economics (NABE), having previously served as president of the NABE Gateway Chapter in St. Louis, Missouri, US. Prior to receiving his graduate training, he was a commercial banker.