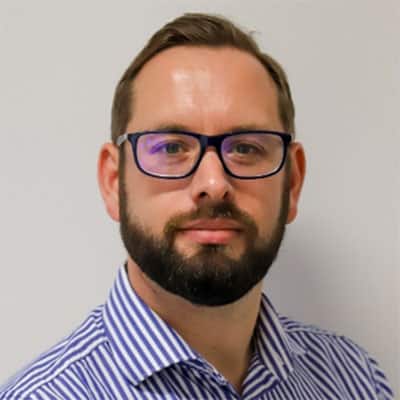 Mr. Devereese started working at IHS Markit in February 2020 as the Maritime Risk and Compliance Product Management Director tasked with developing IHS Markit's Maritime Solutions including the Maritime Intelligence Risk Suite (MIRS) and Maritime Portal. Mr. Devereese is an ex Royal Naval Officer. He joined the Royal Navy in 2007 and after passing out of Britannia Royal Navy College he served as a Warfare Officer in a number of hull types including Aircraft Carriers, Destroyers, Frigates & Minehunters in global waterways. He conducted tours in the Indian Ocean, Red Sea, Gulfs of Oman and Aden conducting anti-piracy and maritime interdiction operations as well as serving in the Fishery Protection Squadron in UK waters and trained as a Mine Warfare Officer. He also served as Officer in Command Rear Party Afghanistan for OP HERRICK 15 and Battle Watch Officer for Combined Maritime Force in Bahrain. He transferred to the Reserve List in 2013 where he served with the United Kingdom Maritime Trade Operations until 2015. He has subsequently been granted Associate Fellowship of the Royal Institute of Navigation and the Freedom of the City of London and is a Liveryman of the Worshipful Company of Shipwrights. Since leaving the Royal Navy he has continued to work in the maritime sector, both for commercial liners as Deputy Designated Person Ashore / Company Security Officer focusing on internal safety and security inspection of the Fleet and latterly in the Lloyds and London Maritime Insurance Markets as a claims handler and then in the P&I market as Senior Loss Prevention Executive for an International Group Club.