Trading places: How the shale revolution has helped keep the US trade deficit in check

A new IHS Markit report examines the impact of rising US oil, natural gas and chemicals production on the domestic trade merchandise balance and how the US position in energy and chemicals may evolve in coming years.

The report finds that the US production boom has exerted a moderating force on what is a large domestic merchandise trade deficit by helping reduce the country's net petroleum imports. Furthermore, US production growth is now on track to make the country a net-exporter of petroleum for the first time since at least 1949. 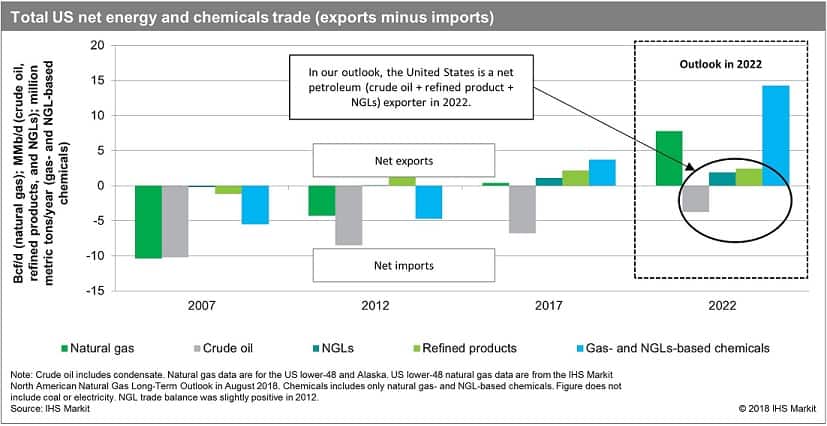 Among the key findings:

Download the complete report by filling out the form to the right.

Download the complete report by filling out the form below.